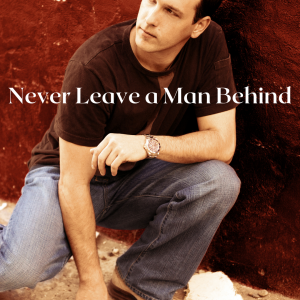 A Continuation of ‘The Getaway‘

Michael entered Burnt ahead of Josh and pointed towards the counter. “How about grabbing us a couple of lattes?”

“Sorry,” Josh said unapologetically. “I told you I’m not letting you out of my sight.”

Michael mumbled unintelligibly as he headed towards the guy in the black baseball cap and sunglasses who was seated at the table the farthest away from the entrance.

Michael waved him off as he and Josh sat down. “Didn’t have a choice. He’s here to protect me, and by extension, you. What have you got?”

The guy shifted his gaze between Michael and Josh, then placed a folder on a table. “You’re not going to like what’s inside.”

Michael grabbed the folder and opened it. His eyes zoomed across the first page, then the next. When he reached the third page, he looked up. “Are you sure about this?”

“Have you ever known me to be wrong?” the man asked primly. “Now no more BS. You promised to help me disappear. I’ve done more than you asked for.”

Michael slid the folder towards Josh, then shifted his focus back to his asset. “I’ll get things in motion. Be ready to leave in twenty-four hours or less.”

The man adjusted his ballcap, then stood. “I’m ready now.”

Something whizzed by Michael’s head. He watched as his asset dropped to the floor, then saw the blood pooling around his chest. Next thing he knew, Josh was dragging him onto the floor amid the screaming and running as people took cover and fled the coffee shop.

“I’m not leaving without that file!” Michael barked. A quick survey of the emptying space, he moved quickly to secure the file and then, on Josh’s command, they hightailed it behind the counter.

A shot rang out. Then another. Glass shattered. More screams.

“Fine.” Michael now had his gun in his hand, then pointed behind him. “Back entrance on three. One. Two…” He paused, then shouted, “Three!” He bolted for the rear door, was almost there when a scream rang out and, instinctively, he spun around.

“Go!” Josh grunted, limping towards him.

Michael doubled back, wrapped his arm around Josh and helped him to the exit. Outside, they were in a narrow alleyway, the width of a bike lane, and easy targets. With Josh unable to put much weight on his left leg, they moved slowly towards the street. Nearing the corner of the building, Michael saw the shadow on the sidewalk and the silhouette of the gun. Propped Josh against the building and raised his Glock. Fired when the man dressed in black appeared, the bullet piercing his wrist. Michael grabbed the guy, then kicked out his feet from under him. Once he’d dragged the guy into the alleyway, he asked, “Where’s the sniper?” No response. He wedged the gun’s nozzle into the man’s wound, then repeated, “Where’s the sniper?”

“Across from the coffee shop,” the guy grunted. “Black SUV.”

Michael brought the barrel of the gun down on the man’s head, then looked at Josh. “Ready to move?”

“I’m slowing you down,” Josh said and winced.

“I’m not leaving you here.” Michael peered around the corner, then again wrapped his arm around Josh and, together, they headed into the street.

Sirens grew louder. People were still screaming and running. Another shot rang out, pieces of brick flying past Michael’s head. He and Josh dropped to the sidewalk.

“Stay here,” Michael said. Crouching, he ran across the street and took cover behind a Canada Post delivery van with a shattered window. Drew in a breath, then swung hard to his left, his gun raised and fired.

Seconds later, tires squealed and the black SUV peeled down the street.

Back at Josh’s side, Michael said, “Let’s get you out of here and fixed up.”

“You should have left me,” Josh spat.

It was too dangerous to take Josh to a hospital, and it would have also garnered unnecessary attention. Back at the Mercedes, and with Josh in the passenger seat, Michael tied off the leg wound. Then he drove to Coburg’s Alexandria estate, trying not to go too much above the speed limit. He just wanted to get Josh to the estate as quickly as possible because every time he glanced over, he didn’t like seeing the pain etched in Josh’s face or the fact that the wound was still bleeding. He gunned it up the long, winding driveway, and when the house came into view he saw Coburg and a few of his men standing on the walk.

Michael hadn’t even undone his seat belt when two men dragged Josh from the vehicle and carried him into the house. He got out of the car and, approaching Coburg, said, “He’s lost a lot of blood.”

“Josh is, if nothing else, a survivor,” James acknowledged. “Sorry about your man.”

“He didn’t deserve to die,” Michael spat, then handed the folder he’d secured to James. “With the information in that folder, we have incontrovertible proof of Adam Clarke’s complicity with Angelique. But there’s a complication.”

James, flipping quickly through the folder, asked, “What complication?”

Michael moved beside James, flipped to the third page, and pointed. “That.”

“That bastard.” James closed the folder. “Let me take care of that.”

“I have an idea that might help.” Michael drew in a breath. “How’s it going with Brian?”

“We’re talking,” James said soberly. “I’m not expecting him to call me dad any time soon.”

“Brian’s in the den.” James nodded towards the house. “Maybe you could try talking to him. In the meantime, I’ll get working on our complication.” He tapped Michael on the arm, then headed inside.

Michael, slow to follow, moseyed towards the front door. Inside, he kicked off his shoes and made for the den. He smirked at the blond mess of hair sticking out above the sofa. Another breath in, then he shuffled to the sofa and dropped onto it next to Brian. “How’s the shoulder?”

Brian shot off the sofa and beelined it for the door.

“It broke me … losing you,” Michael said, his voice rising. He cranked his head towards the door, where Brian stood with his back to him. “Do you understand that? I loved you, and you died. Or that was what I thought. Then, out of the blue, you were alive again and I…”

Brian spun around. “It was the only way I knew how to protect you.”

Michael moved from the sofa and joined Brian at the door. “I know. And I’ve been a bit of a prick.” He grabbed Brian’s hands. “But I don’t want to lose you again…”