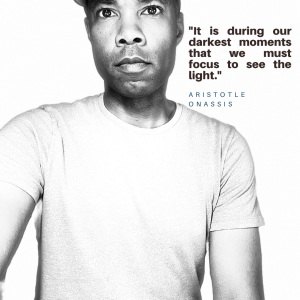 Cut. It. Out. Often used as an admonishment by my mother when I was a kid and acting out, here I am referring to all the ‘noise’ in the world. The social media apps keeping us glued to our phones. Useless celebrity gossip. Narcissists. Anything, or anyone, holding us back from living an intentional, purpose-driven life. That might cause some to panic, but if we keep letting people and things distract us from living the purpose we desire for our lives, ask: To what end?

I must decide (as you must, too) what I can live with — what I am comfortable leaving undone in this world. It took me too long to accept that I am a creator, and, consequently, I spent too many years [unhappily] chasing other people’s versions of success and plans of what my life should look like. Now, leaning more into digital minimalism, I am [re-]taking control of my attention agenda, and my time, my life, my purpose. Yes, I am gleefully cutting out the ‘noise’ through my rules for a “philosophy of technology use.”1  I outlined the first three rules in last week’s post (see them here). Now let’s take a look at the rest.

That means that if I want to watch something, I have to turn on the TV, the noise from which — ironically — annoys me. And that is why, over the past few weeks, I have attempted to limit streaming activities to the weekend. The problem? Some nights I come home from work so exhausted that all I can do is drop onto the sofa and rewatch episodes of Two and a Half Men. I have been breaking the rule. Repeatedly.

I realized a more extreme solution was required. Although there are other consequences, I cancelled my membership to Amazon Prime, which then removes the benefit of Prime Video.

It was not always that way. I used to always have some type of noise playing in the background — music or the TV. I rationalized that that was okay when I was writing a first draft or scheduling social media posts. But even the low volume of the music or the glare of the TV was enough to catch my attention. I eventually realized that I needed silence to complete challenging tasks, like proofreading or editing, and turned the music and TV off. During the pandemic, I ordered noise]cancelling headsets just to block out the street noises and various sounds that echoed through the condo building. And it did not take long for my focus to deepen, my productivity to soar, and for me to make fewer mistakes.

A Glimpse into the Future…

Can these three rules (together with those outlined in last week’s post) for a “philosophy of technology use” let me reclaim my time and my life? In next week’s post, and the final in the ‘On Becoming a Digital Minimalist’ series, I’ll try to answer that question.