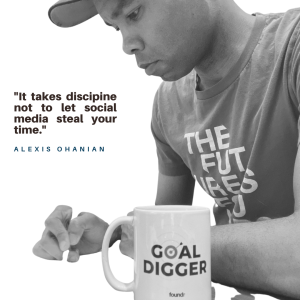 The world has drastically changed since 1973, the year I was born. There is no denying the role technology has played in that change, especially social media — how we use it and, more pointedly, how it uses us. And it is easier than ever to go down the rabbit hole of clickbait, losing hours of our lives each day to meaningless scrolling. And to what end?

Begin with the End in Mind

As we near the end of August, I can look back over what I have done and, more precisely, what I have not done, and make the following assessment: this year has been a ruthless, at times humiliating, battle to [re-]take control of my attention agenda. Ruthless and humiliating because my efforts — up until the end of July — to manage distractions, and increase productivity and focus, have failed. Miserably. The clearest evidence of that is my screen time weekly reports, and to see days when I spent nine, ten, or fourteen (yes, fourteen!) hours on my phone. What was I doing? What, on my phone, held my attention that long?

A number of events, beginning in May, had me thinking again (and more seriously) about my life and the journey I am on: the sudden deaths of a cherished colleague, a beloved uncle and a life-loving cousin, and my forty-ninth birthday. Those events had me questioning everything. What am I doing? And what am I not doing but want to? What am I afraid of that is holding me back? What must I do to change my circumstances and push myself beyond my fullest potential?

So, I looked to my future self in one, three, five, and ten years. And in each of them, I saw one specific trait/habit that made all the difference: they were masters of technology use. That is to say, each version of my future self did not let social media steal their time.

Then I understood. To become who I have always dreamed of becoming, and to push myself beyond my fullest potential, I must become a master of technology use.

To become a digital minimalist, or a master of technology use, I have taken Cal Newport’s advice and developed six rules (you can see the full list here) for a “philosophy of technology use.”1 Below, I outline the first three rules, what about them works, and what modifications (if any) I have made.

Before implementing this rule (and during the months I had abandoned it), I usually picked up my phone on the way to the bathroom. My morning routine then easily stretched from ten minutes to thirty or forty. I would scroll through Instagram, check e-mail and news headlines, etc. And since I was ‘hooked,’ the intrusion continued into my journalling, which could then take up to an hour (compare that to twenty minutes when I am in a focused mode)

I have since extended this rule to include not powering up my laptop (to again avoid checking e-mail). In addition to this, I use the Chrome extension StayFocusd to block certain websites during my early morning writing time.

This is an effective rule because it keeps my screen time down and minimizes my use of social media.

The important part of this rule is the scheduling aspect. At present, I schedule three to five hours on Saturday or Sunday morning (sometimes both) to execute the following week’s content creation plan, and to edit and schedule posts. But instead of allocating forty minutes a day (and watch it snowball), I am lumping it all together. Consequently, I no longer feel guilty about the time dedicated to social media.

As a result of implementing these three rules, I have seen a tangible increase in both my focus and productivity. I am getting more words down and finishing projects that have lingered for months. Best of all, there is a growing sense that I am [re-]taking control of my attention agenda — and no longer letting my phone, or social media, rule the day … or me.

In next week’s post, I will outline the remaining three rules propelling me on my journey to become a digital minimalist.