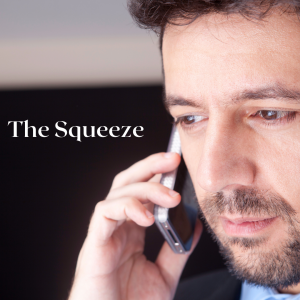 This is a continuation of ‘Sold Out‘

“I need to make a call.” Michael looked at Sam. “Do you mind if I use your bedroom?”

“Go ahead,” Sam said with an edge.

Michael opened his mouth to respond, but the words clung to the back of his throat. Now wasn’t the time to alienate the one person who might be able to expose Adam Clarke. And he had to remember his mission: Keep Brian safe. He strode to the bedroom, closed the door and dialled.

“What’s going on?” was Brian’s panicked greeting on the other end.

“We ran into an issue.” Michael paced the area in front of the foot of the bed. “James was taken into custody about an hour ago.”

“How did that happen?” Brian asked.

“Marceau sold us out.”

“Where are you now?”

Michael drew in a breath. “At a friend’s place. James recorded our conversation with Marceau, so I brought it to Sam. He’s a journalist and has agreed to write the story. If we can expose Clarke’s alliance with Angelique Romero —”

“I don’t remember any of your friends being named Sam,” Brian interrupted.

“Brian…” Michael censored himself. Stay calm. “Right now, this is our best lead. We need to put pressure on Clarke, make him trip up. I’ll check in later.”

“Gotta go.” Michael ended the call and returned to the living room. He studied Sam, still seated on the sofa, making furious notes on his laptop while a ringing sound blared from his phone on the coffee table.

“Oh, Minister Marceau, thank you for taking my call. This is Sam Carter from the Ottawa Post.”

“How did you get this number?” Marceau spat.

“We’ll be running a story in tomorrow’s paper about high-level government officials working with the Romero Cartel.” Sam was all business as he spoke, a hint of contempt seeping through. “Specifically, we’ll be focusing on Adam Clarke’s and your involvement in —”

“I’m afraid, Sam, that you’ve gotten your facts wrong,” Marceau broke in. “I’m not involved with Adam Clarke, other than on a professional level. And I don’t know anything about the Romero Cartel. So, I’d be careful what your write because a defamation lawsuit could destroy your career.”

Sam pressed a button on the recording device he held in his hand:

First Voice:
The best thing you can do for yourself, André, is to tell me now everything you know.

Second Voice:
Clarke promised to keep me out of it. Said no one would ever be able to trace it back to me.

First Voice:
What are you talking about?

Second Voice:
It’s about more than Excelsior. Angelique Romero wants payback after the Canadian ambassador to Italy tipped off the Guardia di Finanza about the cartel’s opiate shipments. Clarke pressured me to run interference. Made it so I couldn’t refuse…

Sam stopped the recording. “I have it on good authority that the first voice belongs to James Coburg. The second voice is yours, Minister. Correct? Any comment?” No response. “Minister?”

“He’s gone.” Michael trained his gaze on Sam. “You can’t stay here. You’ve got five minutes to get what you need, then we’re out of here.”

Sam shot off the sofa. “What the hell have you gotten me involved in?”

“Stop it, Michael.” Sam raised a hand. “Don’t treat me like I was just a one-time shag. I know we mattered more than that to each other. You need to tell me what this is really all about.”

Michael sighed. “I will. Once I get you somewhere safe.” Then he repeated firmly, “Five minutes.” After Sam disappeared, he made a phone call, which lasted less than a minute. Shot off a short text message. Kept checking the time. When the five minutes were up, he marched down the hall and into Sam’s bedroom. “Are you ready —” Walking in on Sam stepping out of his sweatpants, his gaze latched onto the white briefs hugging Sam’s butt. He spun around and said, “We need to move.”

“Goddammit, Michael, give me a minute,” Sam snapped. “I’m not Jason Bourne. I don’t carry my whole life around in a tiny backpack.”

“Just hurry up.” Michael retraced his steps back to the foyer. Two minutes later, Sam appeared. Threw him a this-is-serious look, then they left the condo. “Stay close to me,” he instructed as they made their way to the lobby. “And do as I say. No questions asked. Got it?” When there was no response, he placed his hand to Sam’s chest and shoved him against the wall. Their mouths less than an inch apart, he spoke brutishly. “This isn’t a game, Sam. The people who are after me are now after you. If I’m going to keep you safe, you need to do what I say.”

“I didn’t sign up for this.” Sam shoved Michael away. “You’re the one who put me in harm’s way. Remember?”

Michael had to censor himself again. No time to argue. Or apologize. He grabbed Sam by the arm and escorted him to the building’s entrance. Looked up and down the street, then at Sam. “Remember. Stay close to me and do as I say.” He threw open the door and, his hand still on Sam’s arm, moved towards the blue Nissan Pathfinder parked about twenty feet away and that had flashed its headlights.

“Because by now, every law enforcement agency will be looking for it.” Michael opened the rear door and, while Sam got in, surveyed the street. Then he climbed in, and, seconds later, they were on the move.

Sam tapped Michael’s leg. “Where are we going?”

“I told you. Somewhere safe.” Michael, typing a message on his phone, didn’t look up. “It’s a bit of a ride. Maybe you should start writing that article.” He pressed ‘Send,’ then stole a sidelong glance of Sam, who was retrieving his laptop.

Then a silence settled in, only disturbed by the sound of Sam’s fingers tapping the keyboard. And for Michael, it was a short reprieve from the chaos swirling about him. He rested his head against the window and closed his eyes. He didn’t expect to sleep as his mind was in overdrive. But when he opened his eyes again, they were just passing through the iron gates of James Coburg’s Admaston-area property. He covered his mouth as he yawned just as the vehicle came to a stop. Got out and, making his way around to the other side, saw the front door open. Waited for Sam to shove his laptop back into his backpack, then headed towards the house. He nodded at Josh, who stood just inside the doorway on crutches. Inside, Brian was also in the foyer and introductions were made.

“We should talk about how to get James back,” Josh said to Michael.

“We will.” Michael pointed at Sam. “Can you show him to a place where he can work? Then I’ll come find you.”

“This way,” Josh said and led Sam down the dimly lit corridor

“I get it now.” Brian, alone with Michael in the foyer, glared at him. “What you meant about things having changed.”

Brian raised a hand. “I get it. I was dead. You moved on with your life.”

“It was a brief fling that just happened. Literally two weeks before your resurrection.”

“Honestly, Michael…” Brian pursed his lips. “You don’t owe me an explanation.”

Their conversation was cut short when Josh reappeared.

“I don’t like the look on your face,” Michael said to Josh.

Josh gave a languid shrug. “We’ve got a problem…”