After taking the month of August off to ‘rest and recharge,’ I’m easing back into a routine of sorts. I’ve always thought of September (or autumn) as the beginning of my creative cycle. It’s the time of year when I either start writing a new major work or begin rewriting a project that I’ve let rest for several months. And, usually, I bring boundless energy and enthusiasm to whatever I undertake. But this time, I’m coming at it all shaken and asking myself this: am I focused on what really matters?

For me, taking time to rest means stepping back and slowing down, which is a real struggle at times. A big part of that is disconnecting from social media. In the early days of August, I tried not posting on Facebook, Instagram or Twitter, sending text messages, or frequently opening WhatsApp. And I did everything to avoid the negativity permeating the news cycle. To focus on what really matters (at the time, that was preparing for the release of my next book later this year), it was imperative to keep distractions at bay. END_OF_DOCUMENT_TOKEN_TO_BE_REPLACED

About a week ago, I just stopped posting to social media. No warning. It wasn’t planned like some of my earlier off-the-grid exploits. There was just this urgent need to disconnect. And for the seven days that followed, I kept my phone off. (If there had been any type of emergency, I could have been reached through e-mail, which I was still checking sporadically.) When I rejoined the world, there were several messages across different social media platforms from people wondering if I was okay. I was fine. And my time out reminded me of something I’ve always struggled with: the art of rest. END_OF_DOCUMENT_TOKEN_TO_BE_REPLACED

This year has been about living my best life — doing what I love and staying focused on what matters. It challenged me to push myself beyond what I thought I was capable of and step outside of my comfort zone, when going dark and off the grid was what I often craved.

The Struggle and the Prize

It wasn’t always easy. There were times when writing Broken Man Broke almost ‘broke’ me. Training for the Toronto Waterfront Marathon, I didn’t always feel like running — especially when it rained or when the temperatures soared to 40°C. Some days, trying to be the best version of myself meant fending off the doubt and negativity that battled for dominion. But I didn’t give up, wouldn’t be beaten. I kept my eye on the prize and pushed on to live the life I imagined for myself. END_OF_DOCUMENT_TOKEN_TO_BE_REPLACED 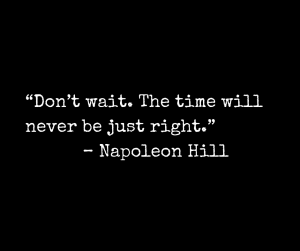 I’m so excited because on November 21, 2019 — in just eight days — my next book will be released. For a long time, I dreamed of being a writer, having books in print, and sharing stories with the world. And now the dream is in full swing.

I’m at this point in my writing journey, self-publishing my third book, because I never gave up. I faced down resistance, doubt, and fear. I stopped worrying about what other people thought and just showed up to write. One word at a time, one sentence at a time, the stories came to life. Through determination, courage, and hard work, the power of my dream pushed me across the finish line. I never gave up on my dream. END_OF_DOCUMENT_TOKEN_TO_BE_REPLACED

That’s me. Every day. Doing what is in my heart and not waiting for — or concerned about — third-party validation. And in a world where so many people are chasing instant success and stardom, that makes me … not normal. END_OF_DOCUMENT_TOKEN_TO_BE_REPLACED