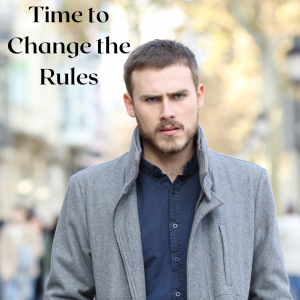 “I love you, Michael,” Brian said. “I want you to know that in case I don’t —” END_OF_DOCUMENT_TOKEN_TO_BE_REPLACED

“Sounds crazy?” Nancy asked, the contempt rippling through her usually silvery voice. “It is crazy. And stupid.”

“I don’t…” Sam looked up, tears banking in his round brown eyes. “I don’t want to lose him.”

“Give me strength, Lord … give me strength.” Nancy turned to her right and swatted at the dark-haired man seated next to her. “Isaac, please … a little help here.”

“Look, Sam…” Isaac rolled his muscular shoulders and didn’t look right at Sam but in his direction. “It’s not that you’ll lose Mark. You’ve already lost him. Deep down, you know it’s true.”

Sam opened his mouth to speak, but the words clung to the back of his throat. As much as he wanted to protest, he couldn’t. Isaac and Nancy, his friends since university, had always been honest with him … even when it hurt. But he wasn’t ready to give up, to walk out on the man who’d shown him the pathway to love.

“Maybe I should just … give it a try,” Sam said weakly.

“I’m with Nancy on this.” Isaac finally looked Sam square in the eyes. “It can’t possibly work. And you won’t be happy.”

“If Ron came home,” Nancy said after draining her gin and tonic, “and said he wanted his mistress to move in with us…” She sat back in her chair and threw Sam a knowing look. “He’d be out on his fine ass like that.” She snapped her fingers.

“He’ll say anything to get you on his side,” Nancy said bluntly. “He’s playing you.”

“He’s not…” Nancy’s voice pitched high and, with disbelief blazing in her azure blue eyes, she stood. “I’m going to the ladies’ room.” She slapped Isaac’s arm. “You better have talked some sense into him by the time I get back.”

When Nancy was gone, Isaac shifted into the chair she’d vacated to sit directly across from Sam. “We’re your friends, Sam, and we care about you. We can’t tell you want to do, but…” He reached across the table and briefly held his hand to Sam’s. “Mark cheated on you, and as much as you try to pretend like you’re not fazed by it, you are. I see it. I see the dead in your eyes. And the solution isn’t to let the other man move in.”

“I don’t know what to do,” Sam said, unable to stop the tears streaking down his face.

“Take a stand,” Isaac said. “Put yourself first because you deserve better.”

Nancy, back at the table, slid onto the bench next to Sam and held his hand. Then she trained her gaze at Isaac. “He’d never be in this mess if you had —”

“I’m just saying that the two of you…” She pointed to the two men. “Oh, for Christ’s sake, Isaac … just tell him.”

Sam pulled his hand out of Nancy’s loose grasp and rubbed his forehead. “What’s she talking about now?”

“No, no, this has to stop.” Nancy leaned back, her eyes locked on Sam as she pointed at Isaac. “He loves you. He’s always been in love with you.”

“Fuck you, Nancy. Fuck you!” Isaac pushed back his chair and bolted from the table.

Sam turned to Nancy. “Why? Why would you do that?”

“Whenever something goes wrong, who do you call first?” Nancy raised an eyebrow. “When your car broke down last month, you called Isaac. When you broke your leg last year, you called Isaac to pick you up from the hospital. When your mother died, who did you call to drive you to the airport?” She made a play for his hand and held it tightly. “And he came … every time to support you. No matter what, no matter, no questions asked. Why didn’t you ever call Mark?”

Nancy squeezed Sam’s hand, let go and stood. “When you wake up from this nightmare, you’ll see that you deserve better. And you won’t get any better than Isaac. I’m going to find him and sweet-talk my way back into his good graces.” She winked and moved off.

Sam sat there, still, as Nancy’s words reverberated through his thoughts. He loves you. He’s always been in love with you. But that’s crazy. Isaac and me, we’re just… Sam’s body went rigid. Nancy was right. Every time he was in trouble, Isaac had bailed him out. Always. An acidic taste edged its way up his throat. That was a sign of a shift and he knew it. God, I’m such a fool! He leaned forward, rested his elbows on the table and hid his face in his hands. His world had just imploded, and he wasn’t sure — when the dust had settled and all the shrapnel had been removed — if he’d survive.

Sam, slow to uncover his face, recognized that husky voice. He levelled his gaze on the black-haired beauty standing on the other side of the table. “Mark … what are you doing here?”

“We need to talk,” Mark said, pulled out a chair and sat down.

“There’s nothing to talk about,” Sam said, surprised by the confidence surging in his voice.

“You don’t love me. If you did, I’d be enough. And your kind of love I can do without.” Sam stood and started to walk away.

Maybe he’d survive this after all.